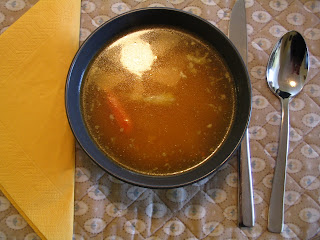 In my ongong attempt to simplify my life, I decided that I should - from time to time - buy a barbecued chicken at the grocery store - have it for a meal - and then boil what is left (bones and all) to make some homemade chicken soup. 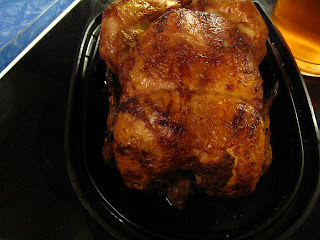 The barbecued meat will have extra flavor - and if there isn't much meat on the bones, at least I'll have a tasty broth. 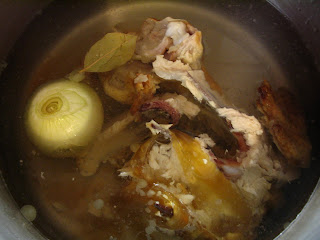 So that's what I did the other day, adding nothing but a bay leaf and a whole (peeled) onion to the chicken bones and water.

I added a few tablespoons of brown rice to the broth - and wondered: what else to add ...

I then remembered a container for cooked, pureed carrots and squash (in a vegetable broth) I had frozen a few weeks ago - planning to turn that into carrot soup sometime this winter. 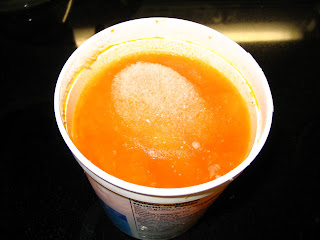 I pulled it out and added it all to the chicken soup.... and let it simmer for an hour or so... The result...? 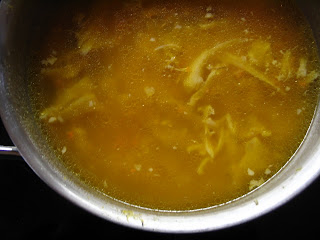 Amazingly delicious! The carrot and squash added a delicate flavor to the chicken soup!

I'm not much for following recipes at the best of times! When I add a little of this and not so much of that, I'm not always so lucky... But this time I serendipitously lucked out!

Posted by Marlene Hutchins at 9:28 AM